The meeting which will start in September 19 will continue for 4 days. Opening speeches of the meeting will be done by the prime minister Recep Tayyip Erdoğan, deputy minister Bekir Bozdağ, İstanbul metropolitan mayor Kadir Toptaş, the president of Gypsy Lore Society Elena Marushiakova, Beyoğlu mayor Ahmet Misbah Demircan. Besides an other deputy minister Beşir Atalay and the president of European Roma and Travellers Forum Rudko  Kawczynski will also give speeches in the first day of meeting.

There will be a forum named "Roma in Turkey and Europe" in the meeting to where scholars, who become popular with the researches they made about Roma and other Gypsy groups, will participate. There are famous linguist Yaron Matras and Hristo Kyuchukov from Berlin University among the participants of the forum. Researchers including Thomas Acton, Colin Clark, Elena Marushiakova and Yaron Matras will make presentations in September 20-21-22.

The History of The Roma
Roma Reality at all points
To Roma Child
The State, Roma and Urban Renewal
About Romanipe and Ciganipe On The Occasion of April 8
What Does Being Roma Mean?
Two Wrong Arguments About Roma Identity
Are There and Relations between Roma and the Name Kıpti

ROMA REALITY AT ALL POINTS 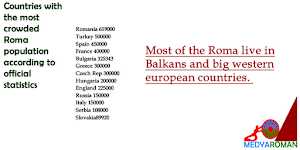